An adult Buck can have either short or long hair, with horns directed outwards and back, that grow continuously throughout the life of the animal.   The male goat is sexually mature at an early age, and can breed even as young as the age of  three months.  A full-grown male in good condition can breed as many as 50 females in a season, but normally the ratio is one male for every 10-25 females.   Unlike the majority of other types of goats, the Cashmere Buck has very little odor during the mating season, especially when he is kept outdoors and not in contact with bedding, etc.  A definite advantage, if - as in the case on our farm -  the animals are kept near the house.

The males are kept separate from the females and put with them only during mating season - this way we control not only who breeds who, but also WHEN the does will kid..  After using both Artificial Insemination and Embryo Transfert, we currently use only natural breeding 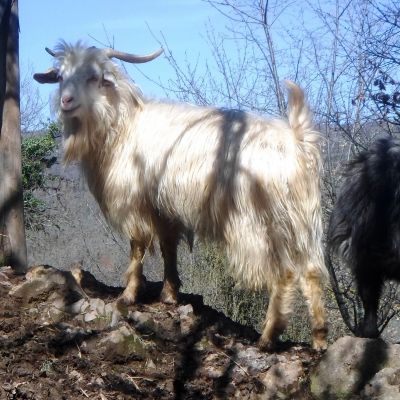 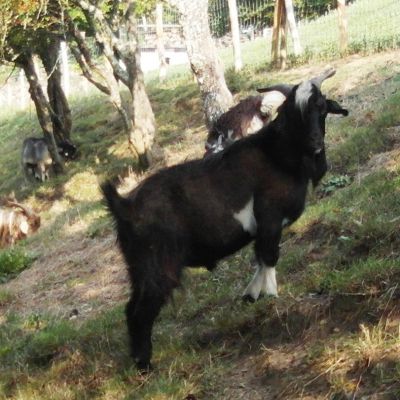 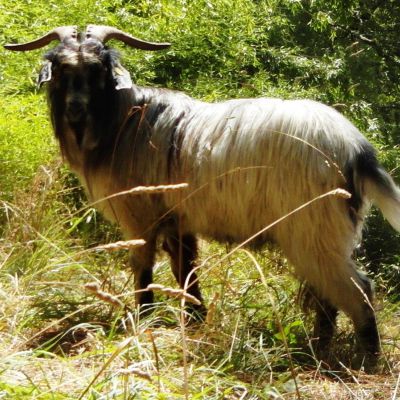 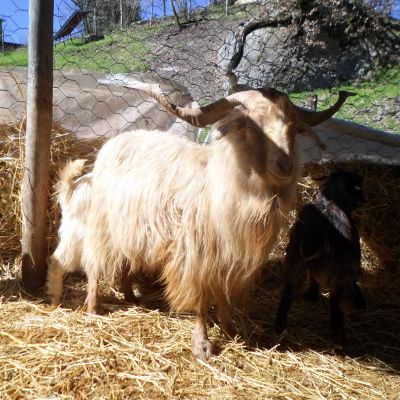 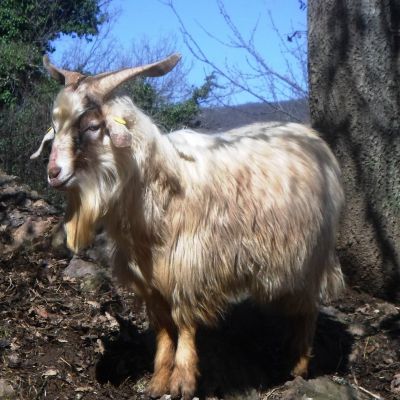 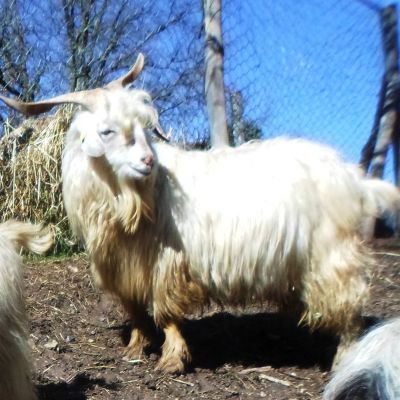 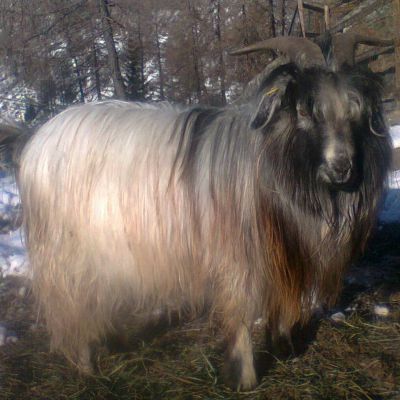 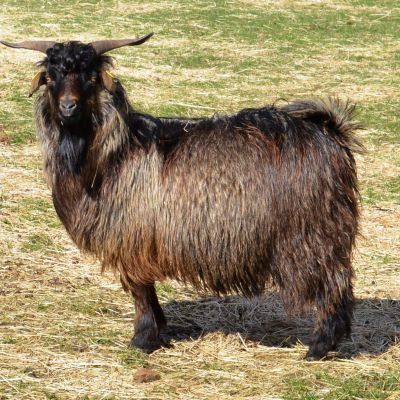 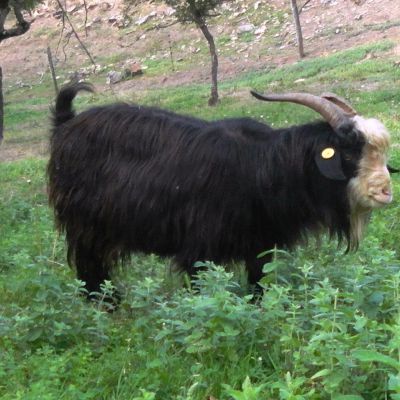 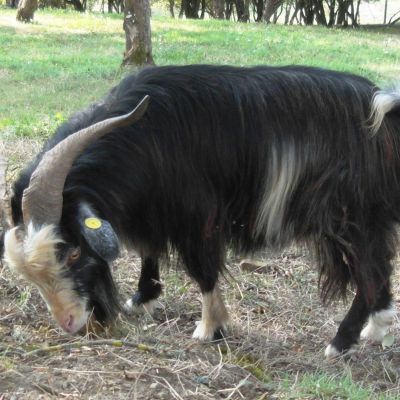 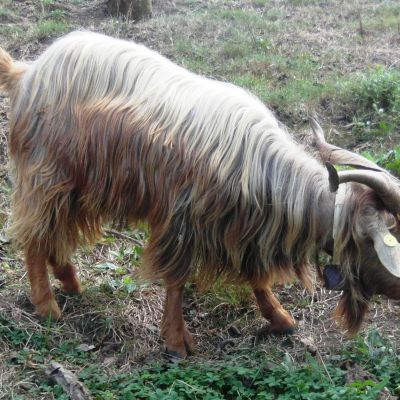 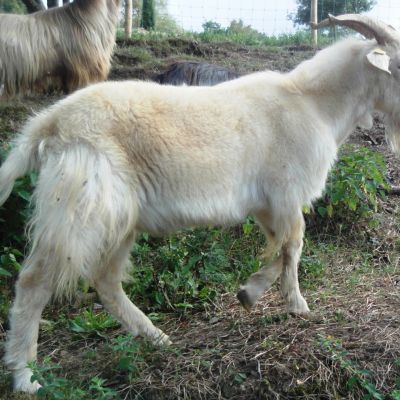 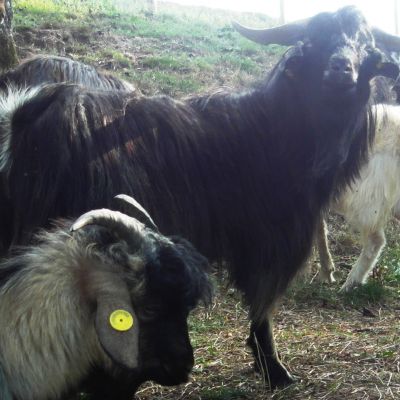 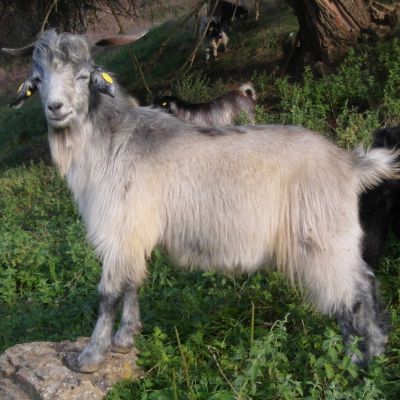